This is where you get to dust off your high school geometry skills, or, if you prefer, your origami skills.

Parchment paper is one of my must-have things for the kitchen. Before parchement paper, there was always a chance the cake or bread would crumble before unsticking from the bottom. It can be cut to fit any size pan (up to the width of the paper).

I've tried almost every method to cut a circle: trace the bottom of the pan on the parchment and cut out. Use a knife to trace the pan on a cutting board; this might be Jaque Pepin's method — his knives are much sharper than mine. Finally, with the application of some math, it became easy. 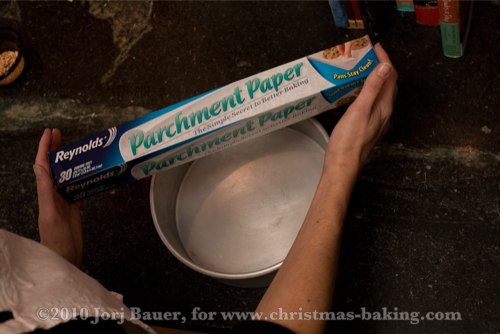 First, measure the parchment paper over the cake pan and tear off a piece of parchment paper that is the width of the pan. Measuring outer edge to outer edge gives you a bit of paper that will go up the side and make getting the cake out that much easier. Don't worry that the two edges of the paper aren't perfectly parallel; what matters is that the middle of the paper is as wide as the diameter of the pan. 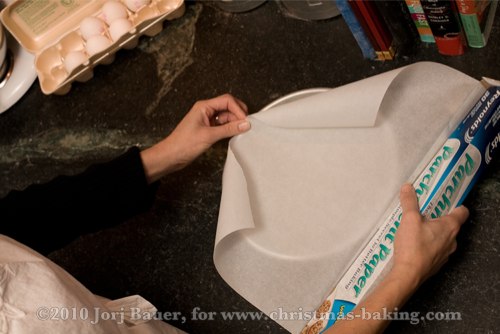 Second, bring the two machine cut edges together and line them up nicely (the edges that aren't torn off). Don't worry that the serrated edges are cockeyed. Again, it's that diameter in the middle that's important 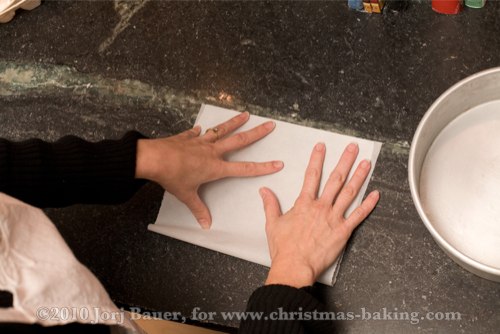 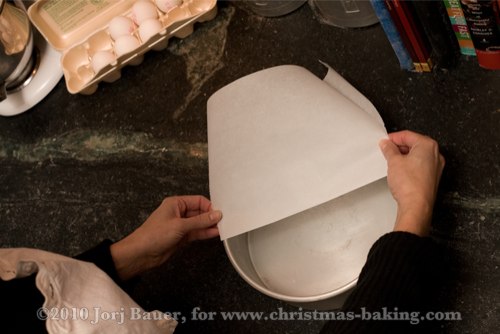 Fold the paper into quarters by bringing the one folded corner to the other folded corner. There will be two folded edges; the shorter edge is half the diameter of the pan (the radius). If the paper were unfolded now, it would look like a window. 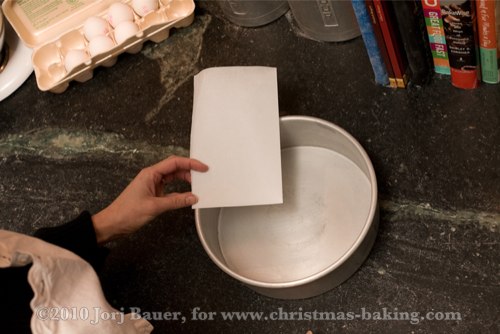 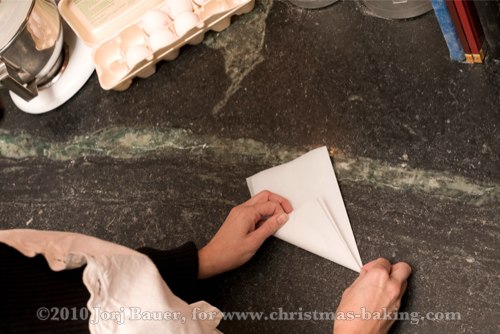 Fold one more time if you can; make sure the short edge is visible. 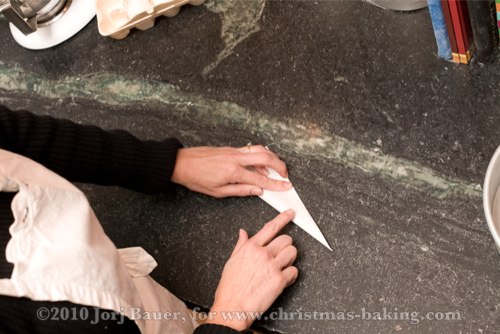 Cut from the short edge to make a triangle with two equal sides. 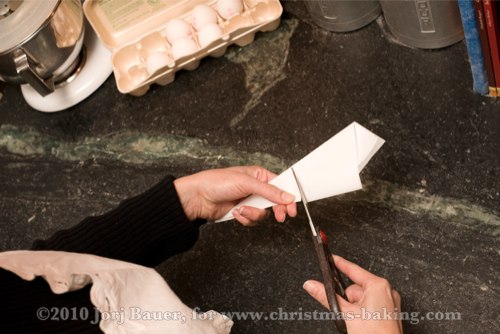 That is, each folded edge will be about the radius of the pan. 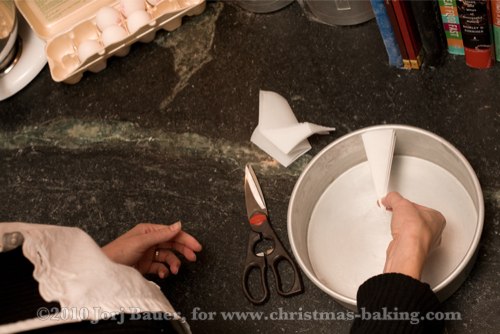 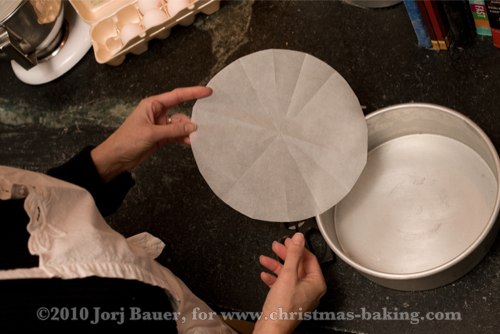